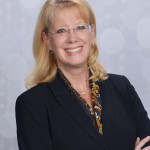 New York State’s Department of Financial Services’ new debt collection regulations were initially proposed in 2013 and went into effect in March 2015.  Additional debt verification, disclosure and communication requirements went into effect August 2015.   Below are the hi-lights:

The full text of the New York law can be found here:
http://www.dfs.ny.gov/legal/regulations/adoptions/dfsf23t.pdf

West Virginia House of Delegates passed SB 542 in March 2015.  The bill made changes to the state’s Consumer Credit and Protection Act relating to debt collection.  Hi-lights of the changes are:

The full text of the West Virginia law can be found here:
http://www.legis.state.wv.us/Bill_Status/bills_text.cfm?billdoc=sb542%20intr.htm&yr=2015&sesstype=RS&i=542

The Illinois Collection Agency Act was updated in August 2015.  However, they were then updated in November 2015 to correct some of the amendments made in August.  Updates include:

The full text of the Illinois Collection Agency Act can be found here:
http://www.ilga.gov/legislation/ilcs/ilcs3.asp?ActID=1355&ChapterID=24