Yesterday the Senate Banking Committee held its confirmation hearing for Rohit Chopra, nominated to be Director of the Consumer Financial Protection Bureau, and Gary Gensler, nominated to be Chairman of the Securities and Exchange Commission. In the 3+ hour hearing, there was no mention of the CFPB’s debt collection rule, however, there were a few interesting exchanges, and they weren’t all related to questioning of Chopra.

Sen. Thom Tillis (R-NC) raised to Gensler the long-overdue need to advance the electronic delivery of documents. Gensler then referred to his experience with establishing the e-signature under the Clinton Administration. Here’s the 1-minute exchange.

Sen. John Neely Kennedy (R-LA) began questioning the CFPB nominee by pronouncing his name “Shop-ra” and asking whether that was correct. Chopra provided the correct pronunciation. Kennedy proceeded to use his own pronunciation. His bailiwick was the credit bureaus.

Sen. Tina Smith (D-MN) asked Chopra about student loan servicing and how he would approach oversight to ensure borrowers access to forgiveness and income-based repayment programs. He suggested that he sees many of the same conditions developing in the student loan environment that developed in the mortgage market prior to the last financial crisis. Here’s the 3-minute exchange. 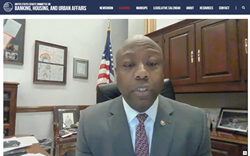 Sen. Tim Scott (R-SC), a former insurance agency owner, challenged Chopra to agree that it’s only fair that regulated entities know the rules of the road before being charged with breaking them. Here’s the 2-min. exchange.

Both Sen. Pat Toomey (R-PA) and Sen. Thom Tillis (R-NC) asked Chopra about the role of supervisory guidance and its potential to create uncertainty in the market. Chopra affirmed that guidance is to be used to provide supervised entities with clarification. Here’s the 1-minute exchange with Tillis. 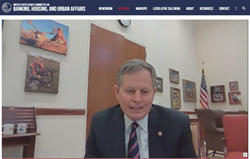 “Senator, there is no one more than me who thinks that business is one of the best forces for our lives in America.” - Rohit Chopra

Here’s the less than 3-minute exchange.

Based on how the hearing went, I’d be surprised if both nominees were not approved by the Committee and sent to the full Senate for confirmation.