Yesterday, the U.S. Senate confirmed Amy Coney Barrett as a Supreme Court Justice to fill the seat left vacant by the passing of  Justice Ruth Bader Ginsburg. With Justice Barrett now sworn in, it's worth taking a look at how she has previously ruled on industry-related cases.

While seating on the Seventh Circuit Court of Appeals, Justice Barrett sat on panels for several FDCPA cases. Overall, Justice Barrett takes a common-sense and narrow approach to FDCPA cases and is not afraid to hold plaintiffs and their counsel to task when warranted. 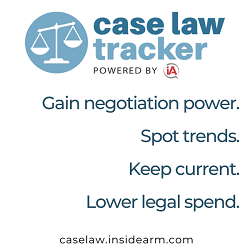 Not a subscriber? Try it for free!

Regarding standing for FDCPA claims, Justice Barrett has taken a no-harm, no-found approach (similar to the approach recently adopted by the Eleventh Circuit in Trichell). This is important to know since this issue seems to be the subject of a recent circuit split that may be headed to the Supreme Court in the future.

In a unanimous decision by the 7th Cir. panel, Justice Barrett authored the opinion in Casillas v. Madison Avenue Associates, Inc., where the court found that a bare procedural violation does not meet the standard for standing in an FDCPA claim. In Casillas, the issue was related to an incomplete letter received by the consumer. The letter informed the consumer that she may dispute the debt or request verification, but did not specify that this must be done in writing. The panel found that the consumer lacked standing because she failed to allege that the debt collector's actions harmed her or posed any risk to her.

Strict Adherence to the Letter of the Law

While not the author of the decision, Justice Barrett sided with the majority opinion in Preston v. Midland Credit Management, Inc. While the Preston decision found no issue with a settlement offer on a letter marked as a "time sensitive document" (because it had the "we are not obligated to renew this offer" safe harbor disclosure), the panel took a strict reading of the FDCPA when it came to markings on an envelope.

In Preston, the debt collector sent a collection letter that was inside of an envelope, which itself was inside another envelope. The exterior envelope contained no issues, but the interior envelope contained the "time sensitive document" label referenced above. The panel found that this stamp went beyond what is permitted to appear on an envelope, and therefore dismissal of this claim was not appropriate. (The court did not address whether or not the problematic envelope being inside another envelope has any impact on its decision, but that's likely because they were reviewing a decision on a motion to dismiss rather than a motion for summary judgment.)

Justice Barrett sat on two different panels that reviewed the issue of whether the debt collector sufficiently identified the creditor to whom the debt is owed.

In one case—Steffek v. Client Servs.—the panel found that simply including "Re: Chase Bank USA, N.A." with no other reference to the creditor in the collection letter, was insufficient to meet the FDCPA's standard.

On another panel, Justice Barrett reviewed Dennis v. Niagra Credit Sols., where the debt collector sent a letter on behalf of a debt buyer creditor. The letter listed the debt buyer as the current creditor and Washington Mutual as the original creditor. The consumer sued, arguing that including two entities on the letter confuses the consumer as to which creditor the debt is owed. The district court granted the debt collector's motion for judgment on the pleadings, finding that the letter meets the FDCPA's requirements by sufficiently listing LVNV as the current creditor. The 7th Circuit panel affirmed, calling this a "meritless claim," and finding that a least sophisticated consumer would understand from the context of the letter that the debt was purchased by and is now owing to LVNV.

In Paz v. Portfolio Recovery Associates, the 7th Circuit panel on which Justice Barrett sat showed no mercy to a plaintiff and his counsel who rejected several meaningful settlement offers. The result? A slashing of requested attorney fees by a whopping $170,000.

Plaintiff sought $187,410 in attorney fees, but the district court slashed this award to only $10,875 finding that plaintiff rejected meaningful settlement offers and that the fee was far too disproportionate to the plaintiff's recovery. Since the Rule 68 settlement offer when the case was first filed was threefold the plaintiff's actual recovery, the court only allowed fees worked prior to the Rule 68 offer.

ARM is different: 6 Ways ARM Payment Processing is Distinct From All Other Industries